There are many ways of grabbing content, but often sites are trying to obfuscate their content with a lot of obfuscated JavaScript code. That’s why I wanted a little different approach by using a Man-In-The-Middle HTTP/HTTPS proxy. My eyes landed on mitmproxy. It’s a nice proxy that you can extend with your own Python scripts. It supports HTTPS on-the-fly certificate generation!

Now I can listen in on all traffic from my browser! Also encrypted HTTPS traffic 🙂

As an example I will try to get a video course from Cybrary. They offer many great free courses, but unfortunately no offline courses. I guess I will get less problems with them than other copyright-crazy media providers. But the procedure will probably be the same.

First we need to install Mitmproxy. If you are using Kali-Linux it’s already installed. You just need to start it up:

This starts the proxy and opens a manager/console window. The proxy listens on port 8080 by default. After starting up the Mitmproxy for the first time it generates a CA-certificate that you need to get for your browser. On Linux you find it under “~/.mitmproxy/mitmproxy-ca-cert.cer”.

Now you need to point your browser to your new proxy. In Firefox you find the proxy settings under Options -> Generel -> Network Proxy -> Settings. In my case it looks like this: 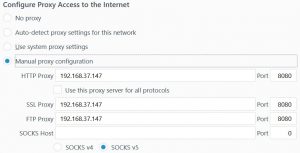 Then you import the CA-certificate into the root certificate store of Firefox: 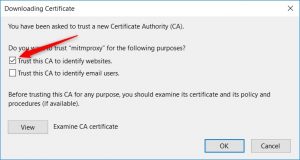 Now navigate to https://www.google.com and verify that you have installed the certificate correctly and that Mitmproxy can issue on-the-fly certificates. It should look like this in Firefox: 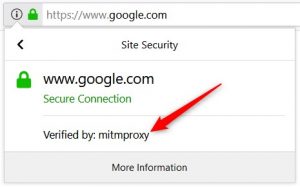 In Mitmproxy you can use the arrow keys to navigate the captured content. If you want to look closer at the content you can press Enter on an item. Now you can navigate through the content (Requests and Responses). Here is an example of some google traffic: 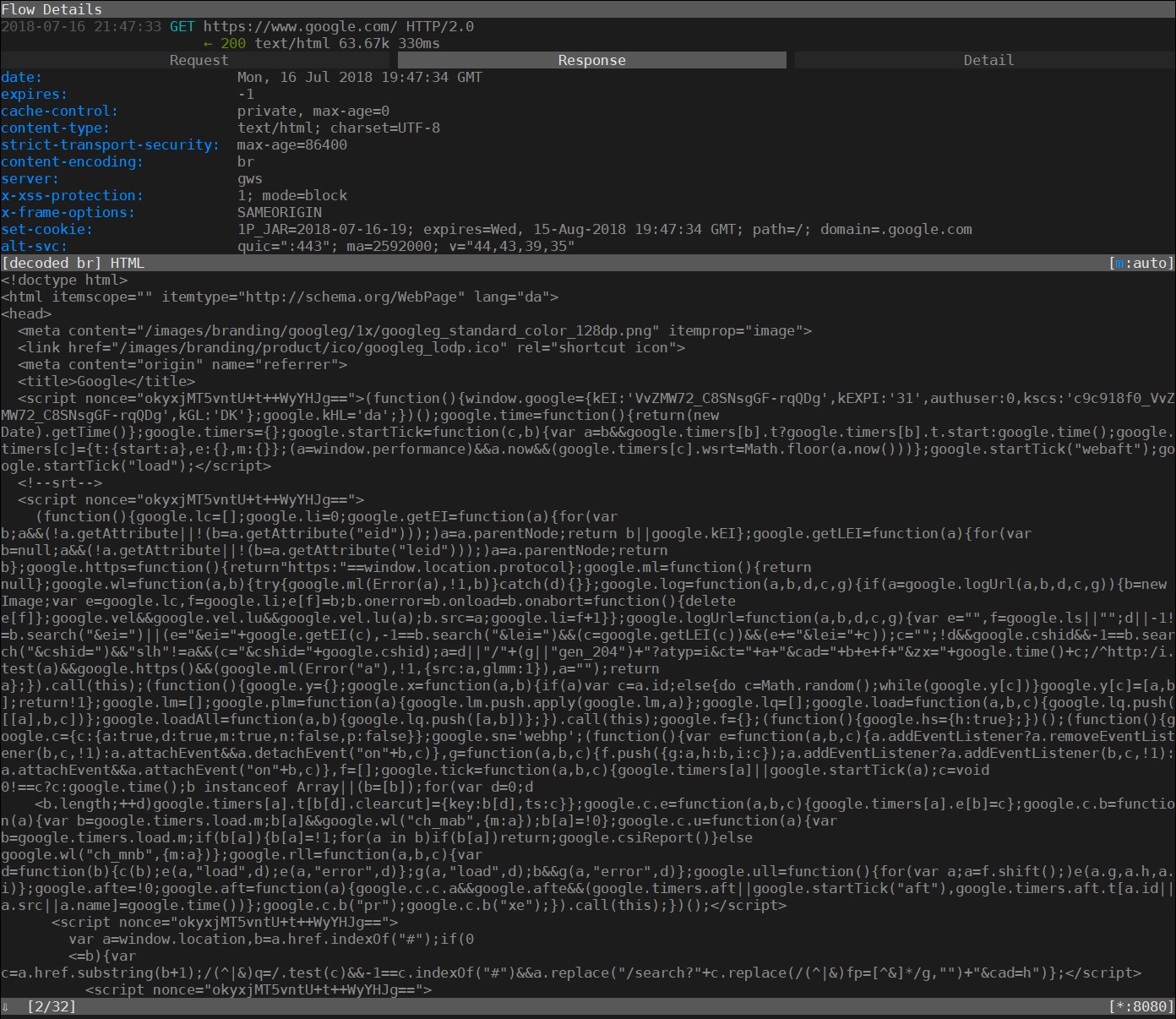 At any time you can press question mark to get the help menu.

First I started a Cybrary course in Firefox and then had a look in the mitmproxy console. A lot of things was going on in the beginning. But after the video started things settled down a little. I noticed something like this:

The video appeared to be split up into smaller separate video and audio segments. The sizes seemed to be around 20-200k each. The format looked like m4s (judging from the URL ending in .m4s). This is apparently a steaming version of mp4.

My first thought was to join all these segments. To do that I used the Mitmproxy Python add-on functionality. By looking at the documentation I made my first script CybraryGrabber.py:

Basically this script attaches to all http-responses.  It looks at the URL and if it contains .m4s we do a regex on the URL. Here I extract information about the course ID, if it’s a video or audio file and the segment number.

Now we start mitmproxy with our new script and visit a course on Cybrary:

In the console you can see all logged events by pressing capital-E. When I started up Mitmproxy, I instructed it only to show events with loglevel >= warning:

Now I just thought that these files should be joined. So I did like this:

To my big disappointment I couldn’t play the files in VLC 🙁 Bummer… What went wrong?

After some googling I realized that often a small init-code is sent before the video stream segments. So I went back into the console and looked what happened just before segment-1 was sent.

I stumbled on this Json file: 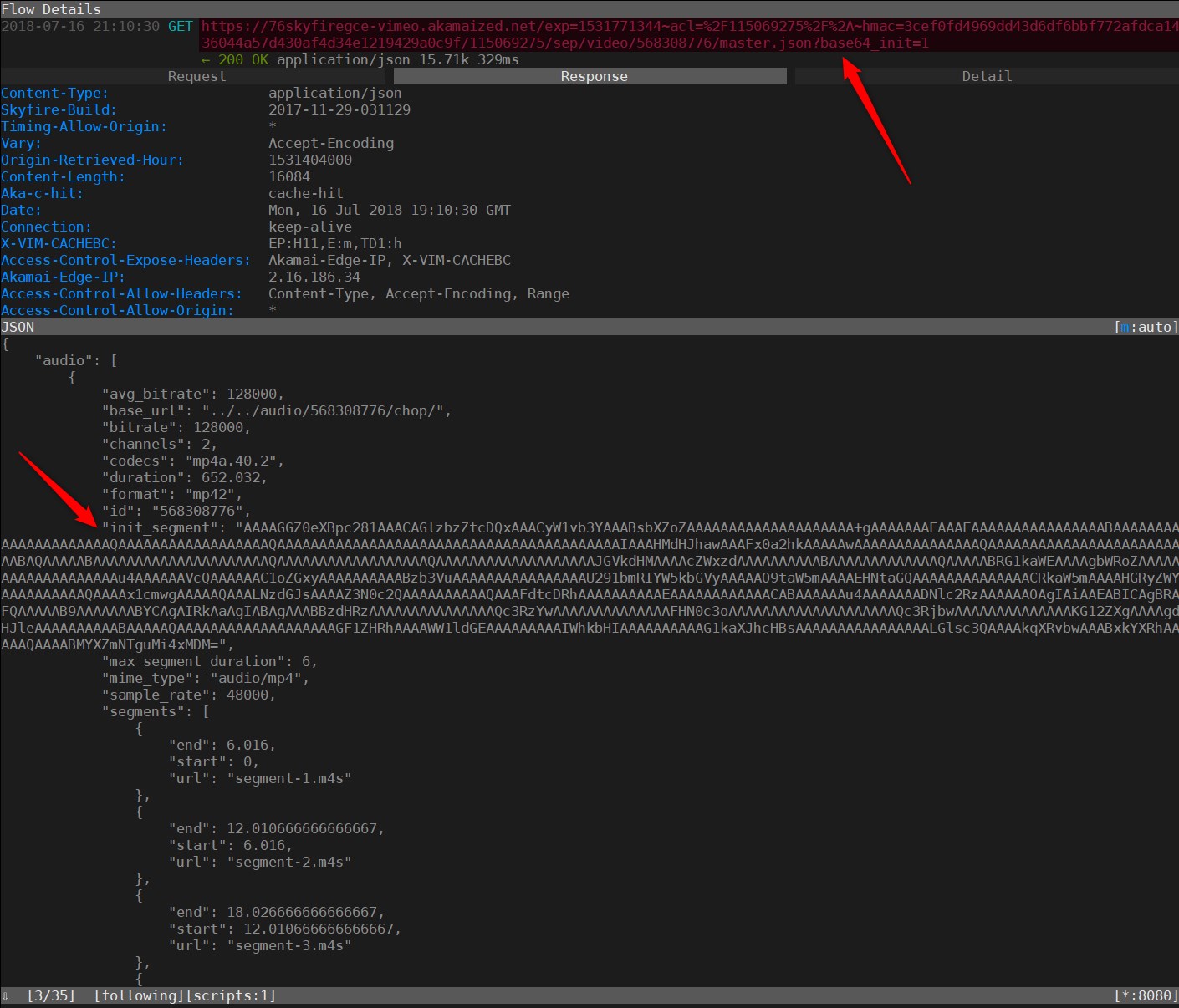 Maybe that had to be added to the beginning of my other captured files? I added the following to my response-method to also fetch the Json init_segment and base64 decode it:

After I joined the files including the new “xxx_video_000.m4s” file i finally got a video that would play! The last thing to be done was to join audio and video with ffmpeg:

All of this is proof of concept code to show the concepts. Of couse the finished code will do all the file-joining itself.

This method will work on a lot of content out on the big internet. It just requires a few hours of investigating the http-flow to make a small and effective script in python.

3 thoughts to “Grabbing Media with MITMPROXY”